After clearing customs, having our luggage scanned then hand checked by security, Marvin Bartley and I exited the airport in Port of Spain, Trinidad to be greeted by one of our lovely hosts, Richard, who along with Mariel, offered us a place to rest our weary heads.

And, the reason for our visit? Marvin’s work has been featured in a new book called Pictures From Paradise: A Survey of Contemporary Caribbean Photography and we were there for the book launch. The book was made possible by a Trinidadian team: Co-edited by Melanie Archer and Mariel Brown, designed by Richard Mark Rawlins, published by Robert and Christopher Publishers, and has a beautiful opening essay by Jamaican Assistant Curator to the National Gallery of Jamaica, O’Neil Lawrence, whose work is also featured.
After the launch M and I took advantage of the NGC Bocas Literary Festival, which ran for four days from Thursday to Sunday, and were chaperoned by Mariel, Richard, Rodell, and Brianna McCarthy. We had the pleasure of meeting celebrated authors like Kei Miller and Earl Lovelace.

What we noticed about Port of Spain, Trinidad:
The country prides itself on huge land space, but their roads are particularly narrow! And narrow roads spell very skilled and polite drivers. Everyone is surprisingly courteous. So much so, that one day as M and I took our promenade through the neighbourhood’s skinny road, we were verbally attacked with a powerful “Good morning!” from a woman who was quite offended we didn’t address her first. To my defence, even today, I have no idea what she looks like, because I didn’t see her. Nonetheless, we continued our stroll and readily greeted everyone we passed and, naturally, they responded. 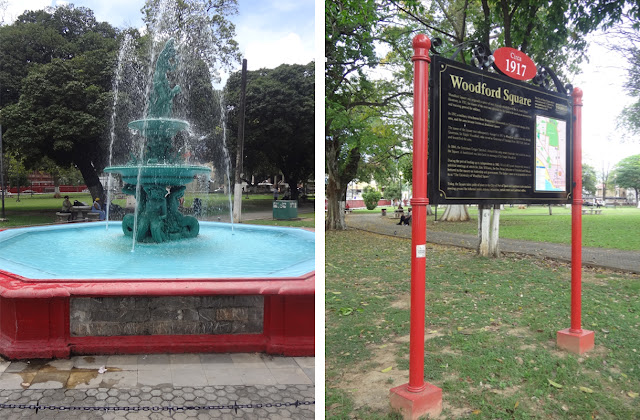 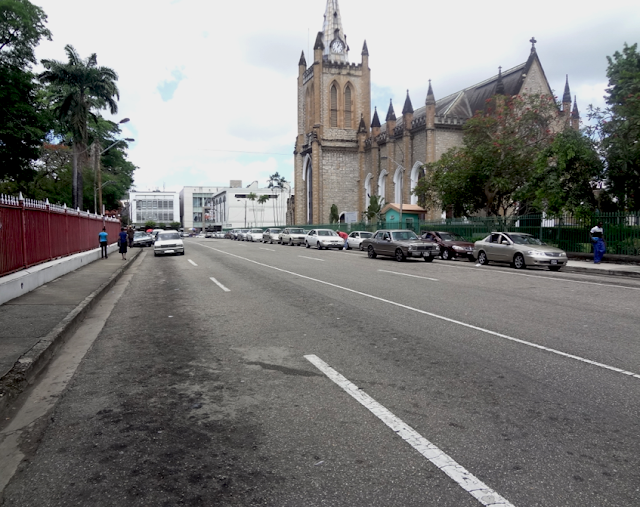 Nearly everything is cheaper when compared to the Jamaican and US dollar. There are beautiful modern and antique buildings and for some reason the inhabitants never turn their lights off. When we queried this—because we could never dream of doing this in Jamaica—we were told that the electricity bill is moderately low. Yes, so low that we can stand across the street from a department store called Francis Fashion, which has four sets of continuously running escalators, and literally feel the heavy chill of the AC that was blasting through the almost-never-closed glass doors. The benefits of the country owning oil and natural gas rigs.

Double Take!
The highlight of my trip, apart from hanging with some cool peeps, was this young and hip fashion store (which reminded me of Forever 21) called Bang Bang, where I got a pair of aqua blue skinny jeans and bangles. Then there were the delicious roadside delights like “Doubles” and “Gyros” from friendly vendors, who take hygiene very seriously. Finally, I enjoyed soaking in the sing-song accents and expressions of exclamation, like “Eh Eh!” and natives ending their sentences with “boy.”


IMPORTANT TIP: How to eat Doubles.
Step 1: Roll it up like so.... Then devour it like a real Trinidadian would. Also if you have it spicy, ensure to spread the sauce around before you roll.
Step 2: Roll that paper into a tiny crumple and discard it in a bin.
Step 3: After successfully not making a mess, celebrate with your friends. 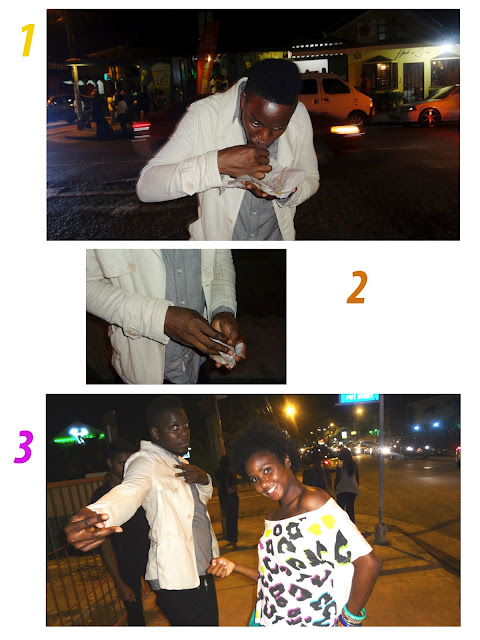 Step 4: Then wash your hands!


Now that you’ve read my experience, what was yours like? And if you have none, you should definitely visit this lovely country. I endorse it!

Here are some more Pictorial Highlights.
The Cool Buildings! 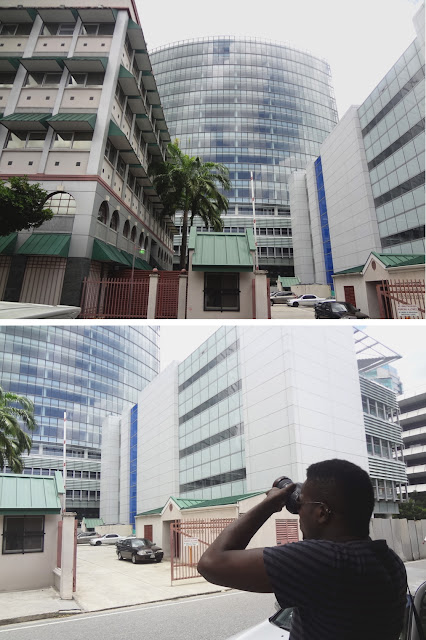 The crazy cool friends and our fashion! 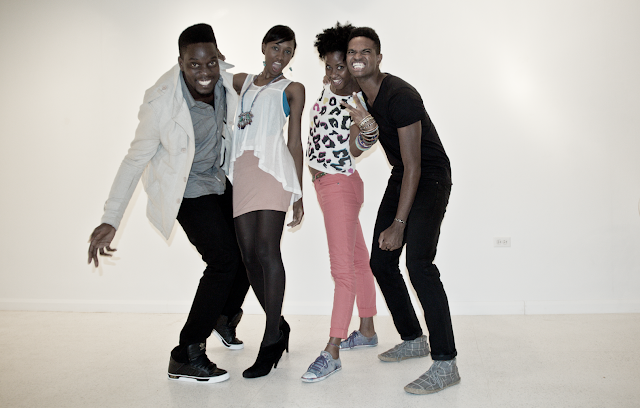 If you're friends with me on Facebook, you can find the rest of my images there!
Posted by Chevonese Fender at 7:36 AM