“…My dreams keep me going!” 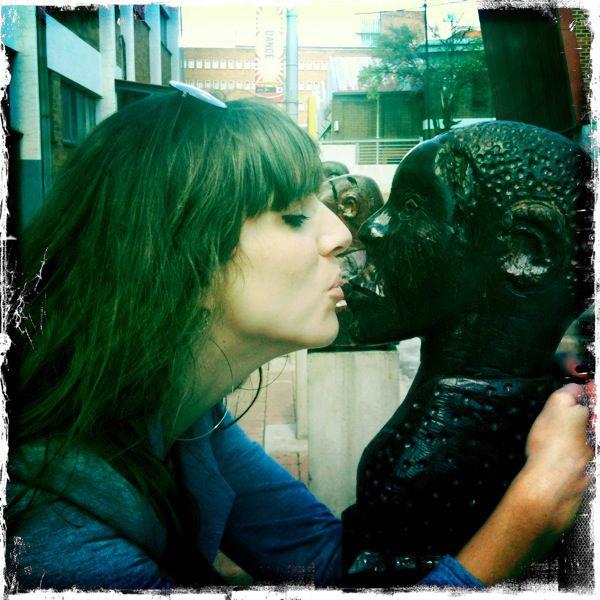 Sometimes we are born in threes. Valentine “Wal Wal” Gaudin—pronounced, Valonteen Godah—knows all about this, since she was kicked out of her mother’s womb by her two brothers. In essence, she is the oldest of the triplets.

The twenty-nine year old grew up in a small village on the west coast of France, called La Roche-sur-Yon, and as a child enjoyed playing with her brothers, bike riding, and basketball.  She decided at an early age that the nickname “Val” would sound much cooler as “Wal”, and as result is affectionately referred to as such. Or “Wal Wal”, if you prefer. Now light years away from those childhood days, Valentine is a proud Brand Manager at the TRACE network in South Africa.

Her journey from France to South Africa was no coincidence. Since teaching English in France proved highly unlikely, Valentine decided that taking a semester abroad to teach in South Africa would grant her that opportunity. She fell in love with the country and the following year went back and enrolled in Rhodes University. In 2005, unbeknownst to her journey, we met. She was a French Teaching Assistant at Albion College and I was in my final year. Val's vivacious and affable personality took me by surprise.

You see, while I learned French in high school, a part of that study included learning about the country’s history. Much attention was given to the Anglo-French with accents so heavy, that even when they spoke English it still sounded like French; and the country’s racial and social divide, where blacks, non-whites, and immigrants faced grave discrimination. However, meeting this spirited French girl softened that image. I could easily understand her not-so-heavy accent. She showed appreciation to and knowledge of my Jamaican culture and music, and effortlessly integrated with blacks and the international students.

After her year at Albion, she returned to France and acquired her Master’s Degree in Marketing and Communications then packed her bags and left for her second home—South Africa. 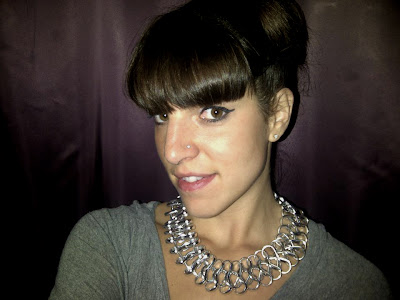 These days Valentine remains driven by the excitement of life—one that offers her the perfect rhythm and beat. So there is no surprise that she now resides in one of the most culturally vibrating countries in the world, working in one of the coolest jobs. Granted it’s hard work, but why should one complain when he or she gets to work with and meet celebrities from all over the world? As Brand Manager to TRACE, South Africa, Valentine is proud to share that the network is launching their Sports Channel this coming April.

And what exactly is she doing when she isn’t Tracing? Val has established a jewellery brand derived from her self-given nickname, called WAL Earrings. The idea came to mind after persons continuously inquired where she had purchased a pair of earrings she had made.

“I thought it would be great to start making a bit of money while doing something creative that I love,” she explains.  While this may be her hobby, Valentine envisions her brand will burgeon to the extent of marketing and selling to retailers and eventually hire a production team. “Who knows?! My dreams keep me going!”

So Wal Wal, tell my readers a bit more about you…

In your list of accomplishments, what has been the most memorable or meaningful?
I don’t have a specific one, but I’m proud of the hard work I’ve put in to be where I am today. I mean, who would have thought that a French girl, like me, from a small village would be the brand manager of one of the most famous music video channels in South Africa (TRACE)? Hard work pays off!

What’s the first thing you usually do when you wake in the morning?
Shower! I really need that to wake me up.

What can’t you leave the house without?
My phone!! I feel lost without it. I have a Blackberry, so I can check my e-mails, twitter, etc. With my position I need to be connected all the times.

Give us an idea of your typical day?
Well, it really depends on what is going on during that week. Usually I have meetings and press conferences, and I ensure to make time every day to work out. I usually go to Bikram Yoga from Monday to Wednesday and go to the normal gym the rest of the week to run. I’m currently training at night for a 10km run downtown Johannesburg, organised by Nike. So I need to get ready!
Do you believe you have found your calling? And when did you come to that realization?
I can’t say that I’ve found my calling, but I enjoy what I do. I'm also trying to work on my own projects - such as the WAL Jewellery. That's definitively something I really enjoy doing. I will try to put more work into that project in the next few months, but for now I have to pay my bills.

Anyone famous or intriguing you’ve met or come across in your career and life? What was that experience like?
Being in the entertainment industry I’ve come across quite a few celebrities such as retired French Footballers, Zinedine Zidane and Christian Karembeu, Trey Songz, Slum Village, Ryan Phillippe, and Sean Paul. You don’t really get to speak to them because of their 'status' but it’s always great to pose for a photo with them ^_^
Who do you hope to meet or work with one day? And why?
This is a tough one. I know my answer is going to sound very typical but I would really like to meet Beyoncé and her baby, Ivy. The singer is extremely talented, keeps her private life out of the gossip newspapers, a fierce business women, and she's got curves like me!!! lol

How do you usually end your day?
I usually end my day by working out. I need it to chase all the stress away. Then I usually watch TV to unwind.

Is there anything that has happened to you in your life that has sobered you up, or has impacted on your life today?
Meeting my boyfriend Jimmy. He is an artist and follows his passion, which is music. He taught me to follow my dreams, find what I enjoy doing, and give it a try.

What philosophy do you live by?
As my dad would say: "There're no problems, only solutions". I love it! I also strongly believe that when you think positively, positive things will happen to you.

Any closing words from your awesome self? Like maybe your goals for 2012 and beyond?
Love u Chevy ;-)

Posted by Chevonese Fender at 12:47 PM